The Bayer and Hall-Heroult Process

Aluminum manufacture is accomplished in two phases: the Bayer process of refining the bauxite ore to obtain aluminum oxide, and the Hall-Heroult process of smelting the aluminum oxide to release pure aluminum. 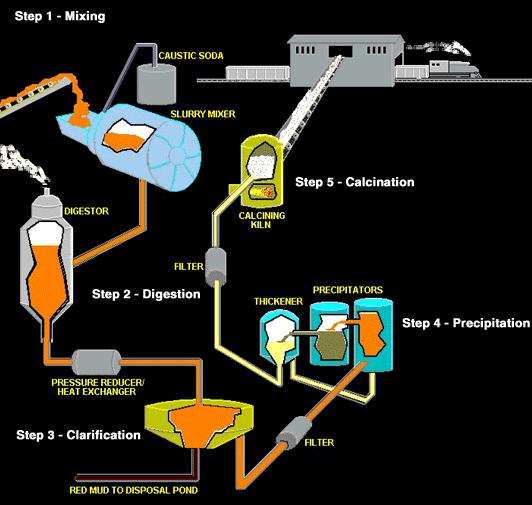 Bauxite has to be processed into pure aluminium oxide (alumina) before it can be converted to aluminium by electrolysis. This is achieved through the use of the Bayer chemical process in alumina refineries. The aluminium oxide is released from the other substances in bauxite in a caustic soda solution, which is filtered to remove all insoluble particles. 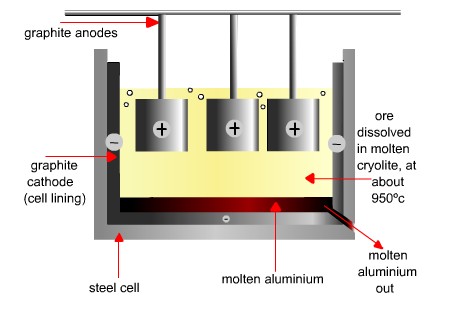 To sustain the electrolytic process, alumina is fed into the pots at regular intervals to maintain a sufficient quantity of dissolved alumina in the bath. The process is controlled by a computer that detects and interprets minute changes in electrical resistance and determines when to feed alumina to the pot. As the carbon anode is gradually consumed, it is periodically lowered to maintain the optimum distance of ±5cm between the anode and cathode surfaces.

For each ton of aluminium produced about 430 kg of carbon is consumed. A continuous supply of anodes is manufactured at both smelters in dedicated carbon plants that comprise paste plants, carbon bake furnaces and rodding shops.

The Bayer and Hall-Heroult Process