Austempered Ductile Iron (ADI) is a type of ductile iron that is characterised by increased toughness, tensile strength and wear resistance compared to normal ductile irons. These properties are achieved by heat treatment of an alloyed ductile iron using an austempering process. The mechanical properties of ductile iron and ADI are primarily determined by the metal matrix. The matrix in conventional ductile iron is a controlled mixture of pearlite and ferrite. 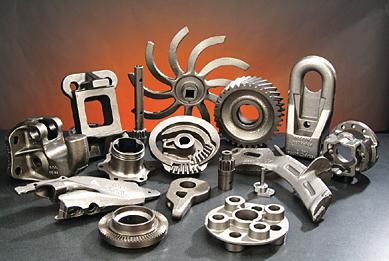 What material offers the design engineer the best combination of low cost, design flexibility, good machinability, high strength-to-weight ratio and good toughness, wear resistance and fatigue strength Austempered Ductile Iron (ADI) may be the answer to that question. ADI offers this superior combination of properties because it can be cast like any other member of the Ductile Iron family, thus offering all the production advantages of a conventional Ductile Iron casting. Subsequently it is subjected to the austempering process to produce mechanical properties that are superior to conventional ductile iron, cast and forged aluminum and many cast and forged steels.

END_OF_DOCUMENT_TOKEN_TO_BE_REPLACED

A superconductor is an element or metallic alloy which, when cooled to near absolute zero, dramatically lose all electrical resistance. In principle, superconductors can allow electrical current to flow without any energy loss (although, in practice, an ideal superconductor is very hard to produce). This type of current is called a supercurrent. 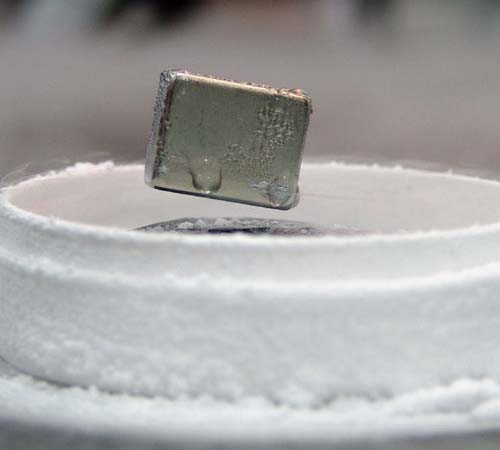 Liquid nitrogen is also used to cool certain metals to the point where they become superconductors. Superconductors conduct electricity (electrons) without any resistance.

Superconductors, materials that have no resistance to the flow of electricity, are one of the last great frontiers of scientific discovery. Not only have the limits of superconductivity not yet been reached, but the theories that explain superconductor behavior seem to be constantly under review. In superconductivity was first observed in mercury by Dutch physicist Heike Kamerlingh Onnes of Leiden University (shown above). When he cooled it to the temperature of liquid helium, 4 degrees Kelvin (-452F, -269C), its resistance suddenly disappeared. The Kelvin scale represents an “absolute” scale of temperature. Thus, it was necessary for Onnes to come within 4 degrees of the coldest temperature that is theoretically attainable to witness the phenomenon of superconductivity. Later he won a Nobel Prize in physics for his research in this area.

END_OF_DOCUMENT_TOKEN_TO_BE_REPLACED

Composites exist in nature. A piece of wood is a composite, with long fibres of cellulose (a very complex form of starch) held together by a much weaker substance called lignin. Cellulose is also found in cotton and linen, but it is the binding power of the lignin that makes a piece of timber much stronger than a bundle of cotton fibres.

END_OF_DOCUMENT_TOKEN_TO_BE_REPLACED

A semiconductor is a substance, usually a solid chemical element or compound, that can conduct electricity under some conditions but not others, making it a good medium for the control of electrical current. Its conductance varies depending on the current or voltage applied to a control electrode, or on the intensity of irradiation by infrared (IR), visible light, ultraviolet (UV), or X rays. The specific properties of a semiconductor depend on the impurities, or dopants, added to it. An N-type semiconductor carries current mainly in the form of negatively-charged electron.

A chip, an LED and a transistor are all made from semiconductor material.

Elemental semiconductors include antimony, arsenic, boron, carbon, germanium, selenium, silicon, sulfur, and tellurium. Silicon is the best-known of these, forming the basis of most integrated circuits (ICs). Common semiconductor compounds include gallium arsenide, indium antimonide, and the oxides of most metals. Of these, gallium arsenide (GaAs) is widely used in low-noise, high-gain, weak-signal amplifying devices.
END_OF_DOCUMENT_TOKEN_TO_BE_REPLACED