Failure analysis is the process of collecting and analyzing data to determine the cause of a failure. It is an important discipline in many branches of manufacturing industry, such as the electronics industry, where it is a vital tool used in the development of new products and for the improvement of existing products. 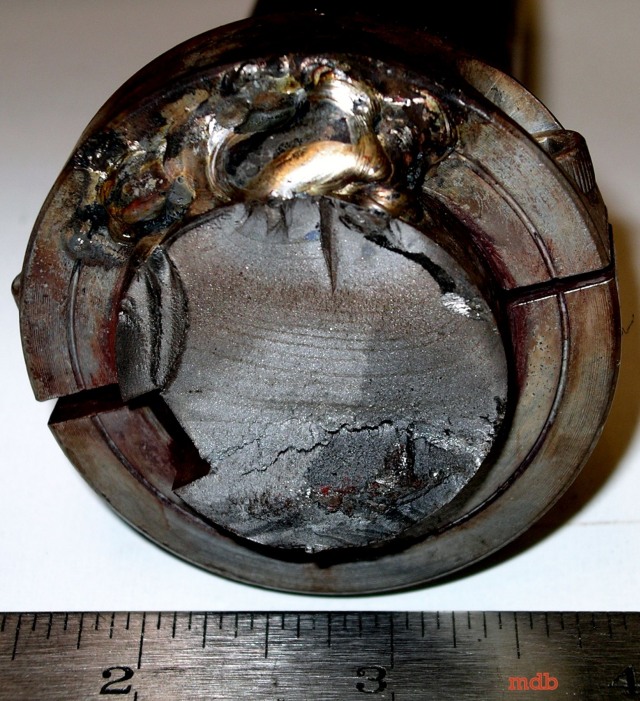 It relies on collecting failed components for subsequent examination of the cause or causes of failure using a wide array of methods, especially microscopy and spectroscopy. The NDT or nondestructive testing methods are valuable because the failed products are unaffected by analysis, so inspection always starts using these methods.

Failure analysis and prevention are important functions to all of the engineering disciplines. The materials engineer often plays a lead role in the analysis of failures, whether a component or product fails in service or if failure occurs in manufacturing or during production processing. In any case, one must determine the cause of failure to prevent future occurrence, and/or to improve the performance of the device, component or structure.

A failure analysis engineer often plays a lead role in the analysis of failures, whether a component or product fails in service or if failure occurs in manufacturing or during production processing. In any case, one must determine the cause of failure to prevent future occurrence, and/or to improve the performance of the device, component or structure. 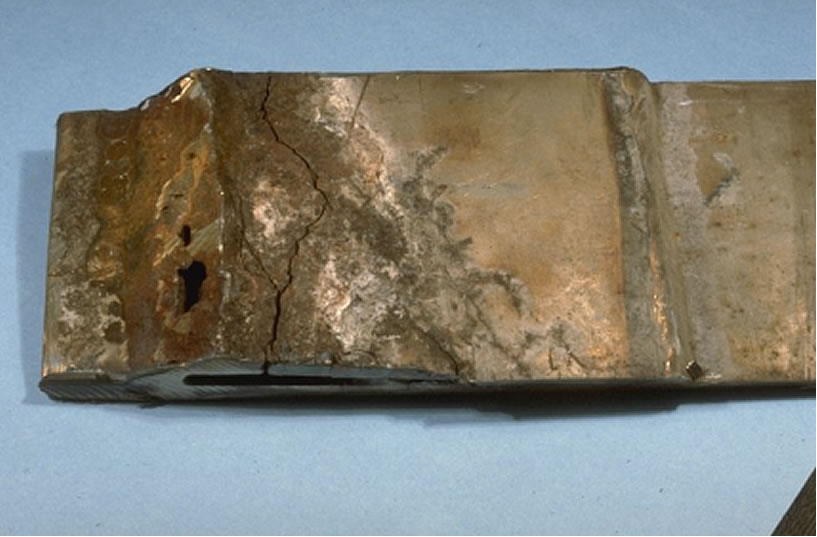 One of two bolts supporting a load of 16 200 lbs failed while in service causing eight hours of downtime on an essential machine to production. The bolts were in operation on a crane used to transfer anodes into the machine. Figure 1.1 shows a drawing of the set-up and the location of fraction Just above the nut. The crane cycled 600 time a day 7 days a week.

Figure 1.1. Drawing of the bolt and crane set-up.

The broken bolt (Figure 1.2) and a new unused bolt, recommended by the supplier for the application, were supplied to conduct the investigation. The original designers of the crane specified a bolt that conforms to SAE standards grade 5. The supplier of the new bolt confirmed that it was made to conform with ASTM standard A 193 grade B7.

Results from chemical analyses (Table 1.1) show that the original broken bolt had a carbon content slightly below those required by the SAE standards for a grade 5 bolt. This lower carbon content would have acted to decrease the material properties. The chemical composition of the new sample bolt conformed to the ASTM standard A193/A grade B7 that requires an AISI-SAE 4140 composition.

Figure 1.4. Micrograph of flaking found at the base of a thread in the fractured bolt. 2% nital 100X

Microscopic examination of the bolts where done using longitudinal and latitudinal mounts for each. The sections taken from the fractured bolt were taken close to the fracture surface. Examination before etching of the two bolts showed no cracking or unusually large inclusions. The original broken bolt did show some flaking at the base of the threads (Figure 1.4) but this is expected for a bolt that has been in service. Etching the sections revealed a microstructure of coarse pearlite in a matrix of ferrite (Figure 1.5).

The SAE grade 5 standard requires that the bolt be quenched and tempered to conform and therefore should have a tempered martensite structure. Martensite has higher material properties such as yield strength and hardness, which increases its resistance to fatigue initiation. The ferrite matrix of the original bolt has low yield strength, which in turn reduces its resistance to fatigue initiation.

The new bolt was found to be quenched and tempered as required by the ASTM standard (Figure 1.6). However rolling seems where found at the tips of the treads (Figure 1.7). This is not a serious defect because of the defects location in a low stress area however, if the bolt was placed in a corrosive atmosphere these seams would corrode and then act as fatigue initiation sites.

Tensile tests were done on the bolts to test their material properties in comparison with the standards. The results (Table 1.2) show that the yield strength and ultimate tensile strength of the original bolt are only two thirds that required by the standards. This conforms to the microstructural observations. The properties of the new bolt conformed to the standard even though they were slightly elevated.

Examination revealed that the bolt failed as a result of high cycle low load fatigue. Chemical analysis and tensile tests confirmed that the bolt did not meet the SAE grade 5 standards required by the original design of the crane. The major cause for this lack of conformity is because the bolt was not quenched and tempered. Since the resistance of steel to fatigue initiation in proportional to its yield strength, the low properties of the steel in this case left it open to fatigue initiation.