Kevlar is the registered trademark for a para-aramid synthetic fiber, related to other aramids such as Nomex and Technora. Developed at DuPont in 1965, this high strength material was first commercially used in the early 1970s as a replacement for steel in racing tires. Typically it is spun into ropes or fabric sheets that can be used as such or as an ingredient in composite material components. 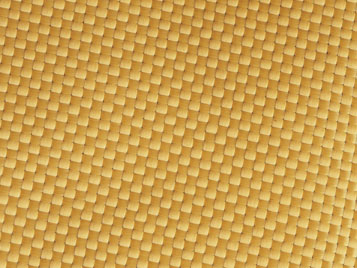 Kevlar is the registered trademark for a para-aramid synthetic fiber

Currently, Kevlar has many applications, ranging from bicycle tires and racing sails to body armor because of its high tensile strength-to-weight ratio by this measure it is 5 times stronger than steel on an equal weight basis. When used as a woven material, it is suitable for mooring lines and other underwater applications.

Kevlar brand fiber is an innovative technology from DuPont that combines high strength with light weight to help dramatically improve the performance of a variety of consumer and industrial products. Groundbreaking research by DuPont scientists in the field of liquid crystalline polymer solutions in 1965 formed the basis for the commercial preparation of the Kevlar aramid fiber. Lightweight and flexible, Kevlar  has evolved over four decades of innovation to do everything from helping save thousands of lives around the world to helping make safer homes and vehicles to helping land spacecraft on Mars. If it needs to be light, strong, or safe, it needs to be Kevlar.

A similar fiber called Twaron with roughly the same chemical structure was developed by Akzo in the 1970s, commercial production started in 1986, and Twaron is now manufactured by Teijin.

Poly-paraphenylene terephthalamide - branded Kevlar - was invented by Stephanie Kwolek while working for DuPont. In anticipation of a gasoline shortage, in 1964 her group began searching for a new lightweight strong fiber to use for light but strong tires. The polymers she had been working with at the time, poly-p-Phenylene-terephthalate and polybenzamide, formed liquid crystal while in solution, something unique to those polymers at the time. 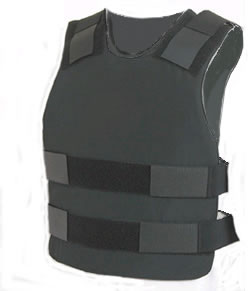 The solution was “cloudy, opalescent upon being stirred, and of low viscosity” and usually was thrown away. However, Kwolek persuaded the technician, Charles Smullen, who ran the “spinneret”, to test her solution, and was amazed to find that the fiber did not break, unlike nylon. Her supervisor and her laboratory director understood the significance of her discovery and a new field of polymer chemistry quickly arose. By 1971, modern Kevlar was introduced. However, Kwolek was not very involved in developing the applications of Kevlar. 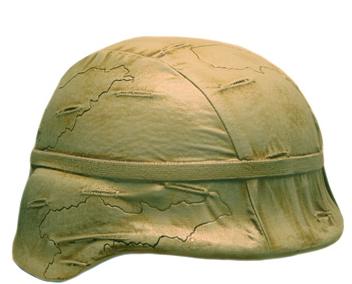 Kevlar is an extremely strong material that derives its strength from its weave. It is woven like tiny spider webs. Stephanie Kwolek and Herbert Blades created this special material in 1965 for the Dupont Company. Since then it has been used in a number of ways. Kevlar  is a special way of weaving a liquid into a solid. This is called an aramid weave. Aramid fibers tend to be difficult to corrode, resistant to heat, and have no melting point. Aramid fibers like Kevlar may be slightly corrosive if exposed to chlorine. 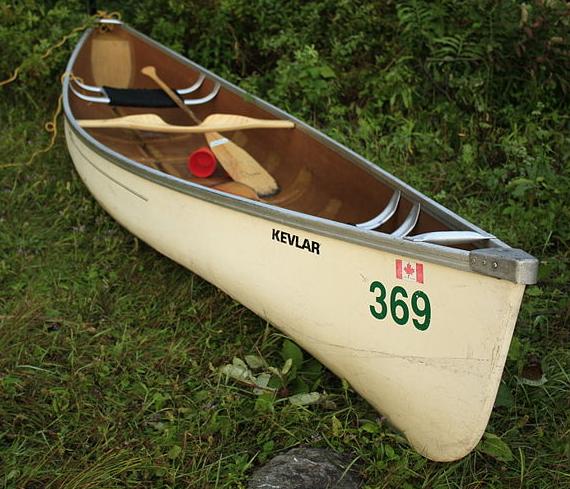 Because Kevlar is light, it is the premium choice for bulletproof vests. A variant of Kevlar called nomex is fireproof and may be used by fireman or people responding to disaster situations. Kevlar has different types of weaves, and the weave that makes a fabric-like material for vests is called Kevlar 29. Kevlar 29 may also be used in brake pads, or to replace asbestos. It is also is a major part of the composition of body armor.

Kevlar has two other types, Kevlar and Kevlar 49. Kevlar may be used to replace rubber items like tires. Kevlar 49 is extremely strong and can replace the more traditional materials used for a boat hull, or be used in simple items like bicycle frames.

Kevlar is synthesized in solution from the monomers 1,4-phenylene-diamine (para-phenylenediamine) and terephthaloyl chloride in a condensation reaction yielding hydrochloric acid as a byproduct. The result has liquid-crystalline behavior, and mechanical drawing orients the polymer chains in the fiber’s direction. Hexamethylphosphoramide (HMPA) was the solvent initially used for the polymerization, but for safety reasons, DuPont replaced it by a solution of N-methyl-pyrrolidone and calcium chloride. As this process was patented by Akzo (see above) in the production of Twaron, a patent war ensued.

Kevlar is synthesized in solution from the monomers 1,4-phenylene-diamine (para-phenylenediamine) and terephthaloyl chloride in a condensation reaction yielding hydrochloric acid as a byproduct.

Kevlar (poly paraphenylene terephthalamide) production is expensive because of the difficulties arising from using concentrated sulfuric acid, needed to keep the water-insoluble polymer in solution during its synthesis and spinning.

Several grades of Kevlar are available:

The ultraviolet component of sunlight degrades and decomposes Kevlar, a problem known as UV degradation, and so it is rarely used outdoors without protection against sunlight.

When Kevlar is spun, the resulting fiber has a tensile strength of about 3,620 MPa, and a relative density of 1.44. The polymer owes its high strength to the many inter-chain bonds. These inter-molecular hydrogen bonds form between the carbonyl groups and NH centers. Additional strength is derived from aromatic stacking interactions between adjacent strands.

These interactions have a greater influence on Kevlar than the van der Waals interactions and chain length that typically influence the properties of other synthetic polymers and fibers such as Dyneema. The presence of salts and certain other impurities, especially calcium, could interfere with the strand interactions and caution is used to avoid inclusion in its production. Kevlar’s structure consists of relatively rigid molecules which tend to form mostly planar sheet-like structures rather like silk protein.

Kevlar maintains its strength and resilience down to cryogenic temperatures (?196 °C)  in fact, it is slightly stronger at low temperatures. At higher temperatures the tensile strength is immediately reduced by about 10–20%, and after some hours the strength progressively reduces further. For example at 160 °C (320 °F) about 10% reduction in strength occurs after 500 hours. At 260 °C (500 °F) 50% strength reduction occurs after 70 hours.