In 1779 Peter Woulfe deduced the existence of a new element - Tungsten - from his analysis of the mineral wolframite (an iron manganese tungstate mineral). Tungsten was isolated as tungstic oxide (WO3) in 1781 by Carl W. Scheele from the mineral scheelite (calcium tungstate). However he did not have a suitable furnace to reduce the oxide to the metal. 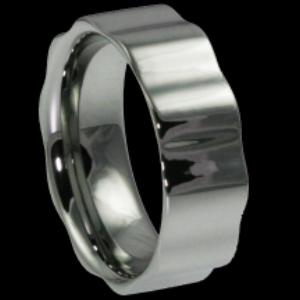 Tungsten was finally isolated by Fausto and Juan Jose de Elhuyar in 1783 by reduction acidified wolframite with charcoal. The element name comes from the Swedish words ‘tung sten’, meaning heavy stone. The chemical symbol, W, comes from the original name of the element, Wolfram.

A steel-gray metal under standard conditions when uncombined, tungsten is found naturally on Earth only in chemical compounds. It was identified as a new element in 1781, and first isolated as a metal in 1783. Its important ores include wolframite and scheelite. The free element is remarkable for its robustness, especially the fact that it has the highest melting point of all the non-alloyed metals and the second highest of all the elements after carbon. 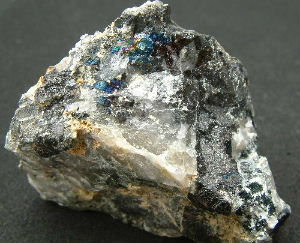 Also remarkable is its high density of 19.3 times that of water, comparable to that of uranium and gold, and much higher (about 1.7 times) than that of lead. Tungsten with minor amounts of impurities is often brittle and hard, making it difficult to work. However, very pure tungsten is more ductile, and can be cut with a hacksaw. 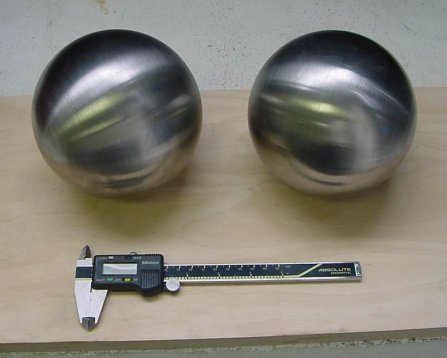 The unalloyed elemental form is used mainly in electrical applications. Tungsten’s many alloys have numerous applications, most notably in incandescent light bulb filaments, X-ray tubes (as both the filament and target), and superalloys. Tungsten’s hardness and high density give it military applications in penetrating projectiles. 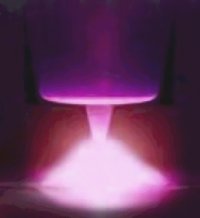 Tungsten compounds are most often used industrially as catalysts.Tungsten is the only metal from the third transition series that is known to occur in biomolecules, where it is used in a few species of bacteria. It is the heaviest element known to be used by any living organism. However, tungsten interferes with molybdenum and copper metabolism, and is somewhat toxic to animal life. 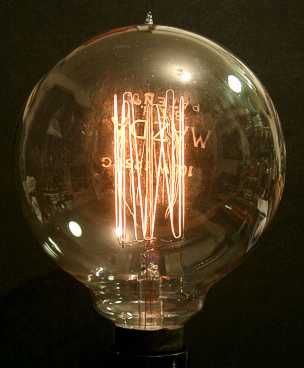 Of all metals in pure form, tungsten has the highest melting point (3,422 °C, 6,192 °F), lowest vapor pressure (at temperatures above 1,650 °C, 3,000 °F) and the highest tensile strength. Tungsten has the lowest coefficient of thermal expansion of any pure metal. The low thermal expansion and high melting point and strength of tungsten originate from strong covalent bonds formed between tungsten atoms by the 5d electrons.[14] Alloying small quantities of tungsten with steel greatly increases its toughness. 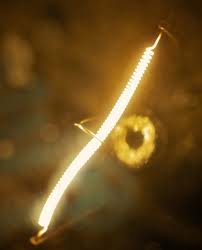 The name “tungsten” (from the Nordic tung sten, meaning “heavy stone”) is used in English, French, and many other languages as the name of the element. Tungsten was the old Swedish name for the mineral scheelite. Naturally occurring tungsten consists of five isotopes whose half-lives are so long that they can be considered stable. Elemental tungsten resists attack by oxygen, acids, and alkalis.

Tungsten is found in the minerals wolframite (iron-manganese tungstate, (Fe,Mn)WO4), scheelite (calcium tungstate, (CaWO4), ferberite (FeWO4) and hübnerite (MnWO4). China produced 51,000 tonnes of tungsten concentrate in 2009, which was 83% of the world output. Tungsten, at atomic number 74, is the heaviest element known to be biologically functional, with the next heaviest being iodine (Z = 53). Although not in eukaryotes, tungsten is used by some bacteria.

For example, enzymes called oxidoreductases use tungsten similarly to molybdenum by using it in a tungsten-pterin complex with molybdopterin (molybdopterin, despite its name, does not contain molybdenum, but may complex with either molybdenum or tungsten in use by living organisms). Tungsten-using enzymes typically reduce carboxylic acids to aldehydes.However, the tungsten oxidoreductases may also catalyse oxidations.

The first tungsten-requiring enzyme to be discovered also requires selenium, and in this case the tungsten-selenium pair may function analogously to the molybdenum-sulfur pairing of some molybdenum cofactor-requiring enzymes.One of the enzymes in the oxidoreductase family which sometimes employ tungsten (bacterial formate dehydrogenase H) is known to use a selenium-molybdenum version of molybdopterin. Although a tungsten-containing xanthine dehydrogenase from bacteria has been found to contain tungsten-molydopterin and also non-protein bound selenium, a tungsten-selenium molybdopterin complex has not been definitively described.

In soil, tungsten metal oxidizes to the tungstate anion. Tungsten has been studied as a biological copper metabolic antagonist, in a role similar to the action of molybdenum. About 61,300 tonnes of tungsten concentrates were produced in the year 2009. Tungsten is extracted from its ores in several stages. The ore is eventually converted to tungsten(VI) oxide (WO3), which is heated with hydrogen or carbon to produce powdered tungsten. Because of tungsten’s high melting point, it is not commercially feasible to cast tungsten ingots. Instead, powdered tungsten is mixed with small amounts of powdered nickel or other metals, and sintered. During the sintering process, the nickel diffuses into the tungsten, producing an alloy.

The hardness and density of tungsten are applied in obtaining heavy metal alloys. A good example is high speed steel, which can contain as much as 18% tungsten. Tungsten’s high melting point makes tungsten a good material for applications like rocket nozzles, for example in the UGM-27 Polaris Submarine-launched ballistic missile. Superalloys containing tungsten, such as Hastelloy and Stellite, are used in turbine blades and wear-resistant parts and coatings.

Similarly, tungsten alloys have also been used in cannon shells, grenades and missiles, to create supersonic shrapnel. High-density alloys of tungsten with nickel, copper or iron are used in high-quality darts (to allow for a smaller diameter and thus tighter groupings) or for fishing lures (tungsten beads allow the fly to sink rapidly). Some types of strings for musical instruments are wound with tungsten wires.

Its density, similar to that of gold, allows tungsten to be used in jewelry as an alternative to gold or platinum.Metallic tungsten is harder than gold alloys (though not as hard as tungsten carbide), and is hypoallergenic, making it useful for rings that will resist scratching, especially in designs with a brushed finish.

Because it retains its strength at high temperatures and has a high melting point, elemental tungsten is used in many high-temperature applications, such as light bulb, cathode-ray tube, and vacuum tube filaments, heating elements, and rocket engine nozzles. Its high melting point also makes tungsten suitable for aerospace and high-temperature uses such as electrical, heating, and welding applications, notably in the gas tungsten arc welding process (also called tungsten inert gas (TIG) welding). In electronics, tungsten is used as an interconnect material in integrated circuits, between the silicon dioxide dielectric material and the transistors.